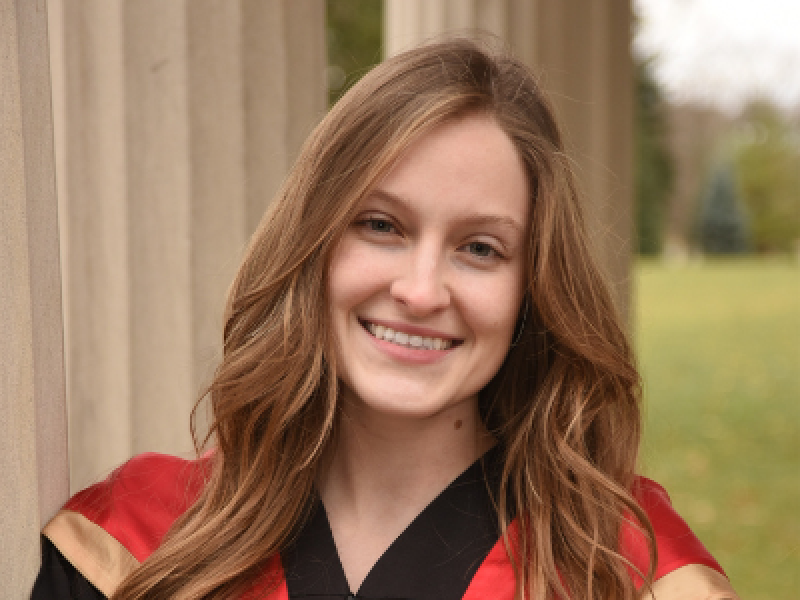 GET TO KNOW VICTORIA...

Victoria Smelko is a Master’s student with the Department of Entomology at the University of Manitoba. She received a diploma as a Hearing Instrument Specialist from Conestoga College in 2016 and completed her Bachelor of Science at The University of Guelph with a major in Biodiversity in 2020.

Victoria is exploring the value of the three sisters planting method to both the soil, plant, and insect communities and an extensive hands-on experience working with insects. In Dr. Rebecca Hallett’s Applied Entomology Lab (University of Guelph), she assisted in research on swede midge, and swede midge parasitoids in Ontario canola crops.

At Oreka Solutions, Victoria maintained colonies of black soldier flies to be used as a protein replacement for livestock, and worked as a nature interpreter at the Monteverde Butterfly Gardens in Costa Rica.

Victoria is passionate about educating the public about the importance of insects and hopes to inspire the younger generation, especially girls, to pursue a career in science. 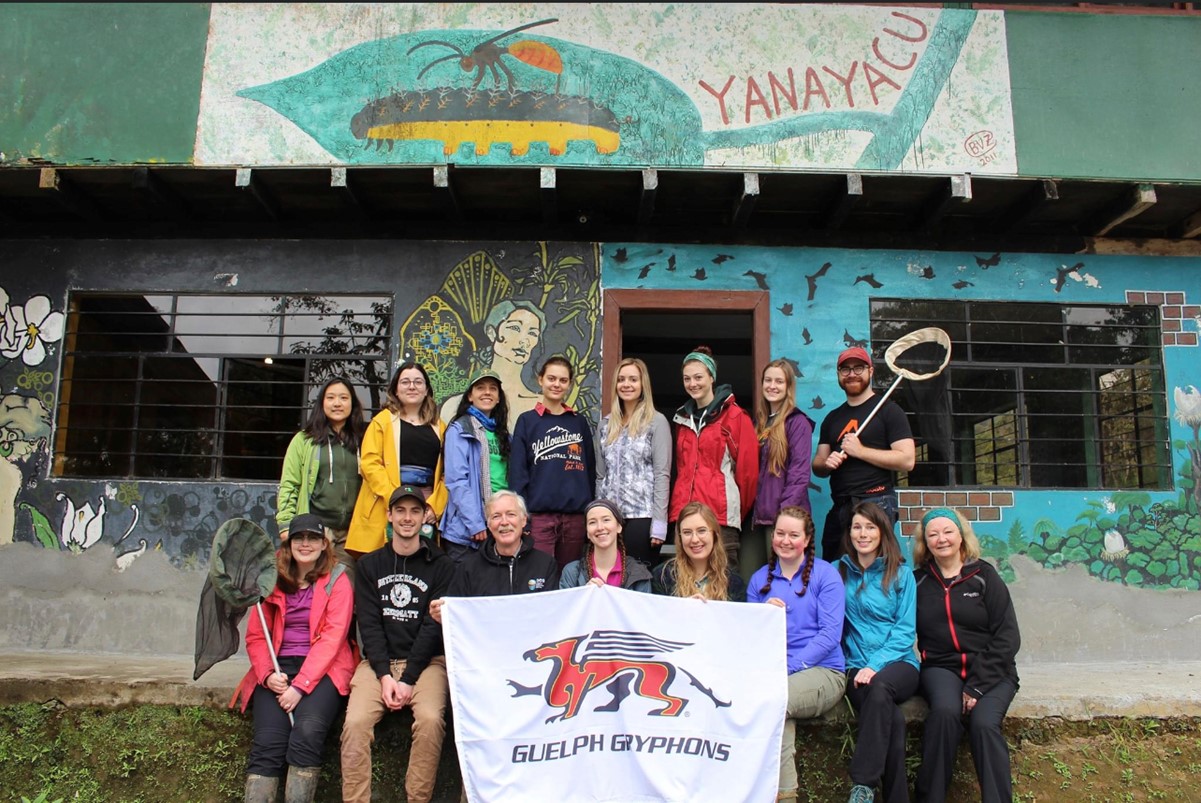 Q: What is it like to be a woman in bioscience?

A: Being a woman in bioscience is both empowering. You get to feel proud that you are part of the group of women who are changing history by closing the gender gap in science, and becoming a role model for the younger generations that may be some of us didn't have when we were younger.

Q: Who inspired you to become an Entomologist?

A: For as long as I can remember I have wanted to be an entomologist, specifically in conservation and education. In 2016, I made the choice to finally follow my passion for insects and what inspired me to do this was my mom, my kindergarten teacher, and peoples fear and disgust for bugs.

In kindergarten I brought spiders in for show and tell, and my teacher (who was my favourite) was horrified and told me how she hated bugs, spiders, worm etc. After class that day I went home a completely different little girl. My mom couldn't get me to do anything I liked, I wouldn't go play in the garden or go looking for bugs like I usually did, and I told her how I thought bugs were gross. The next day she spoke with the teacher and explained to her how much her words affected me and that she had to fix for me to teach her more about bugs. From then on I brought bugs in for every show and tell.

Hearing this story from my mom years later made me really realize that children are so impressionable and their love for things can be shut down so fast by adults. I didn’t want that to happen to another little girl or boy who liked bugs so I made it my mission to be that role model for them and educate people about how cool and important insects are.

Q: Who are your women role models and not necessarily in science?

A: My women role models include my mom, nonna, and grandmother.

My mom has had many health issues in her life along with many surgeries and nothing have every stopped her from doing what she loves.

Both my nonna and grandmother grew up during WW2 and both had their share of hardships. These women are the strongest, most determined, and supportive people I know, and I strive everyday to be like them someday.

Q: Do you think there are particular structural roadblocks that impede the progress of women in science?

A: I think the wage gap is massive roadblock that is impeding the progress of women in science.

Q: Would you say that through your career, things have become better for women working in the bioscience industry?

A: I would say that throughout my career, things have become better for women working in the bioscience industry. However, I can only speak on the area of entomology and zoology.

When I first joined the entomology community around the age of 10 most people who taught courses, led workshops or were amateurs like me were men. Throughout my teenage years, I was told by these men to not pursue science as a career because I wasn’t smart enough or I wouldn’t make it because I was a woman. However, now that I am older more women have joined the community and that way of thinking seems to have vanished. Currently entomology is still a male dominated profession however, I have been meeting more and more women in this field than ever before!

Q: What are the biggest obstacles you had to overcome?

A: The biggest obstacle I have had to overcome so far is leaving home to pursue my passion. Over the years I have moved provinces and left home for months at a time for either school, or a job.

Putting myself first to achieve my dreams has been very difficult for me, but with the support of my family I have been able to accept that home might not be the place I find a job in my field.

Q: If you had the option to give advice to a younger version of yourself, what would that be?

A: If I could give my younger self advice, it would be to ACTUALLY not care what people think and to embrace what you are passionate about because it is what makes you, you.

As much as I thought I was being true to myself about who I was and what I was passionate about. The truth is my passion for bugs took a backseat because I was "weird" for even liking them and not growing out of th atphase.

“Bugs are friends and food”

A quote I made up to trying to encourage my boyfriend to eat a chocolate chip cookie that I put cricket flour in.